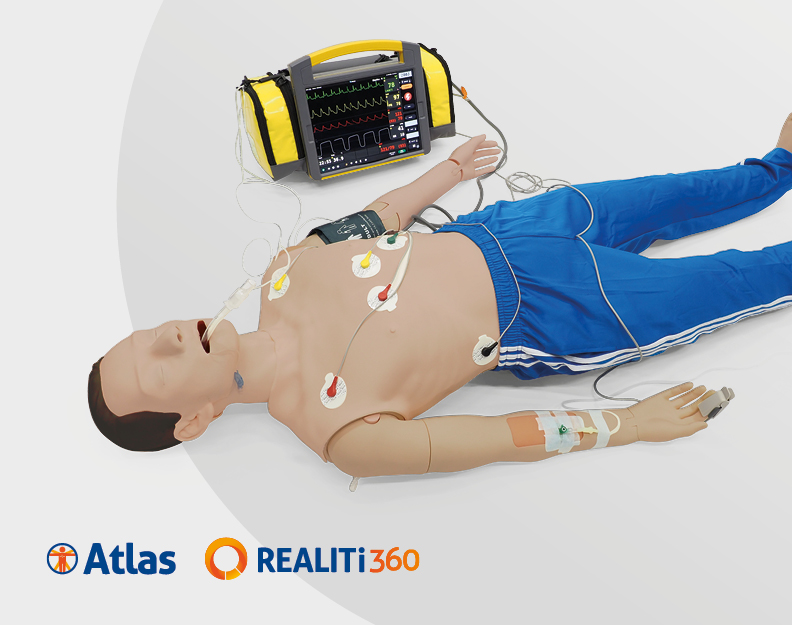 The training of ALS (Advanced Life Support) teams can be extremely challenging and experts from prominent councils and associations worldwide, such as ERC (European Resuscitation Council) and AHA (American Heart Association), emphasize the importance of the ALS algorithm following basic life support and the use of an automated external defibrillator (AED). Medical response teams need to be trained to swiftly identify, diagnose, and control the symptoms of a patient suffering a cardiac arrest, a stroke, or other cardiovascular issues.

To assist trainers and educations involved in preparing medical teams to respond to emergencies, 3B Scientific and iSimulate have joined forces to develop a training manikin that integrates REALITi 360 to train the ALS algorithm, including manual defibrillation, airway management, and drug delivery during cardiopulmonary resuscitation (CPR), as well as the treatment of peri-arrest arrhythmias. Atlas the ALS Manikin is designed to create in-situ training for most realistic simulation scenarios. Therefore, you can now train your students in various environments where they could be called to intervene for medical emergencies – efficiently covering pre-hospital, transfer, and in-hospital scenarios.

Atlas is the first ALS Manikin from 3B Scientific integrated with the award-winning simulation system REALITi 360 by iSimulate. The ALS Training Manikin is capable of carrying out different types of training for medical teams such as ILS, PALS, NLS, ATLS, ECG-/Arrhythmia recognition and treatment, synchronized cardioversion, cardiac pacing, and even team resource training. The award-winning simulation eco-system REALITi 360 by iSimulate is fully integrated with Atlas the ALS Manikin offering trainers and educators a straightforward to use and easy to set up training solution, combining two highly effective simulation products for the most comprehensive training experience in the field of ALS.

With REALITi 360 by iSimulate, you can choose from a broad selection of simulated screens that mimic the user interfaces of popular proprietary devices. With Atlas the ALS Training Manikin, you have the option to choose between three levels of integrated systems: REALITi Go, REALITi Plus or REALITi Pro.

If you are looking for the right ALS training manikin, make Atlas a part of your training lab and help your emergency teams gain an in-depth ALS experience.

Do you have questions about Atlas? Our teams around the world are happy to get in touch with you. We also offer video consultation and digital product demonstrations.

Click here to read the full technical specifications and descriptions of Atlas the ALS Manikin. 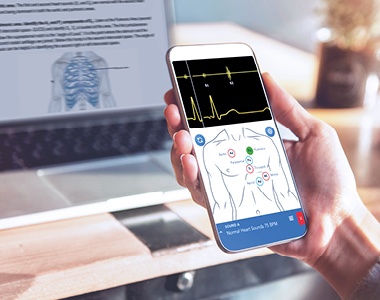 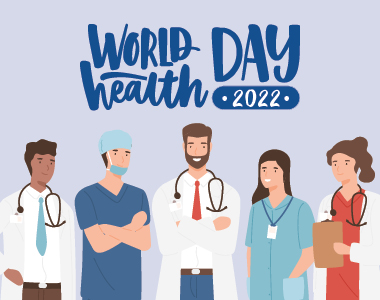