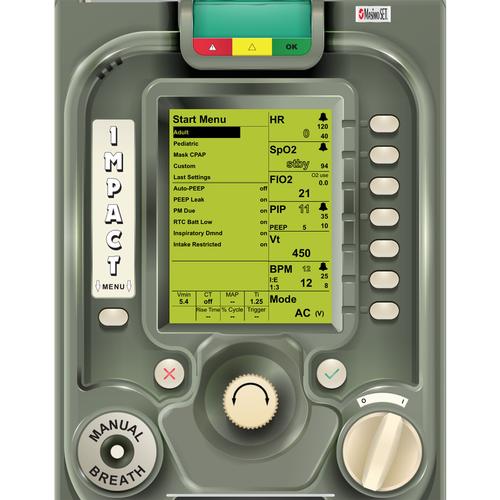 REALITi 360 Premium Screens mimic the user interface of several leading patient monitor, defibrillator and ventilator manufacturers. Through collaboration with leading manufacturers, iSimulate has created hyper-realistic interfaces which look and work like the real monitors used at the point of care. The current and growing selection of patient monitors and defibrillators allows students to experience a significant number of monitors, defibrillators and ventilators that they might encounter in their EMT or Hospital careers.

Based on individual training needs and the REALITi system configuration, users can select one or more of these Premium Display Screens for their simulation trainings.

The critical care ventilator simulation of “ZOLL EMV+®” gives REALITi 360 users the option to train with highly-realistic cases. This screen simulation perfectly mimicks the “ZOLL EMV+®” ventilator including all of its branded features.