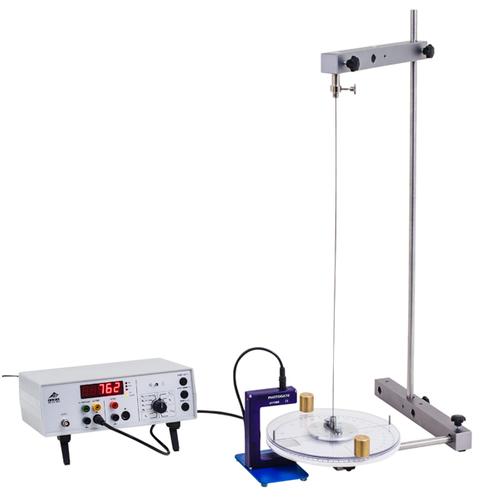 In order for solid bodies to be deformed, an external force needs to be applied. This acts against the body’s own resistance to deformation, which is dependent on the material from which the body is made, as well as its geometry and the direction of the applied force. The deformation is reversible and proportional to the applied force as long as that force is not too great. One example which is often investigated is torsion applied to a uniform cylindrical rod which is fixed at one end. The resistance of the rod to deformation can be numerically analysed and determined by building a set-up which is capable of oscillating involving the rod itself and a pendulum disc and then measuring the period of the oscillation.
Service hotline:
+49-40-73966-223