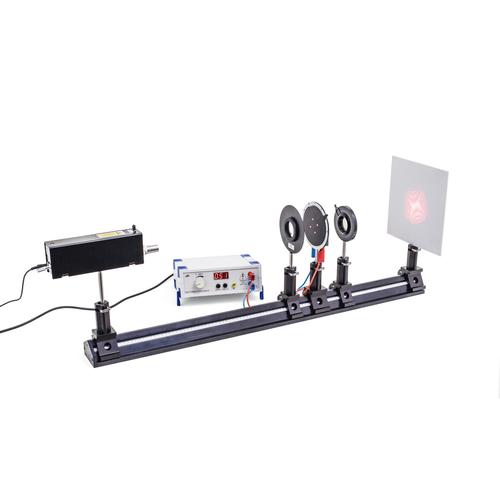 The Pockels effect is an electro-optical effect in which an electric field within a suitable material splits a light beam into two beams polarised perpendicular to one another. This ability to produce optical birefringence derives from the differing refractive indices depending on the direction of propagation and polarisation of the light. In the case of the Pockels effect, this increases linearly with the strength of the electric field as is demonstrated in this experiment using a lithium niobate crystal (LiNbO3) placed in the path of a conoscopic beam. The interference pattern is formed by two sets of hyperbolae, from which the position of the optical axis for the birefringence can be seen directly.
Service hotline:
+49-40-73966-223