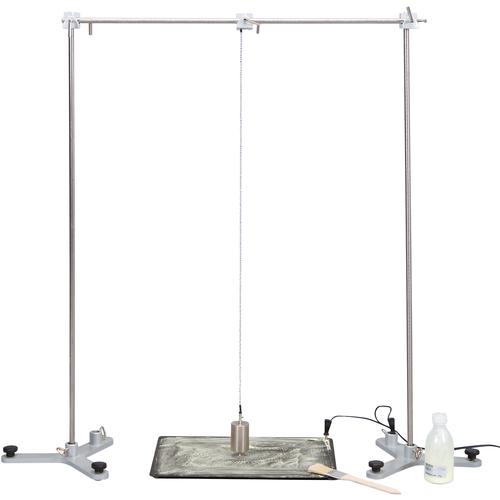 As an example of motion under the influence of a central force, the elliptical motion of a pendulum bob is recorded by the dust-marking method. This produces a trace with time-interval marks, and from the distances between these one can directly measure the velocity of the pendulum bob. Furthermore, it can be shown by a simple graphical analysis that the area swept by the radius vector of the pendulum in each time interval is constant, and is thus independent of the length of the radius vector.